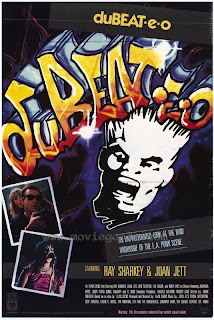 In 1979 the pioneering rock band The Runaways planned to make their movie debut in a film titled WE'RE ALL CRAZY NOW, a Beatles-esque romp about a typical (and fictional) day in the life of The Runaways. Plans changed when the notoriously contentious band imploded and parted ways for the last time, leaving the producers with no band to make a movie about. Founding Runaways member Joan Jett stayed with the project however and with the help of three actresses hired to play "fake" Runaways (including '70s cult movie goddess Cheryl "Rainbeaux" Smith as the band's drummer), production continued. About fifty minutes of usable footage were shot before the project ran out of money and was abandoned. Flash forward to 1984 when the mostly forgotten footage suddenly became a hot commodity due to Jett's successful solo career. Alan Sacks (best known for producing the sitcoms CHICO AND THE MAN and WELCOME BACK KOTTER) along with actor turned sitcom writer Marc Sheffler (the doomed, herion-addicted son in Wes Craven's LAST HOUSE ON THE LEFT) were hired to come up with a film that could be used around the Jett footage, making it feature length. That production  also ran into financing problems and the finished film had to be fleshed out using newsreel footage and Polaroid stills of everything from family members to pornography to roadkill. This, ladies and gentlemen, is DU-BEAT-E-O. 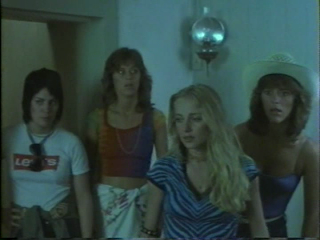 The story that Sacks came up with revolves around a strung-out film director named Du-beat-e-o (real name: Alan Shapiro), whose greedy financier gives him a deadline of thirty one hours to finish editing his movie about Joan Jett. So for the rest of the film we follow Du-beat-e-o as he holes up in his apartment with his cough syrup-addicted editor (Derf Scratch, bassist for the punk band Fear) and a random woman who just happened to walk through the wrong doorway (Nora Gaye) as he struggles to put his film together. Along the way we're treated to stream of consciousness ramblings and panic attacks while the Jett footage plays on monitors in the background. In addition, Sacks and some buddies can be heard on the soundtrack throughout the film, making inane comments as they watch the finished product. It's like a DVD commentary track that can't be turned off. 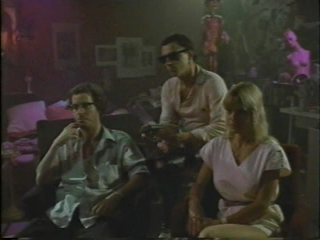 As is usually the case with this kind of patchwork moviemaking, DU-BEAT-E-O is an incomprehensible mess of a film but it's also fascinating to see the lengths that Sacks and crew have gone in order to salvage a few minutes of commercially viable footage. The Joan Jett footage is great but it's too bad it's been relegated to the background of so many scenes (often with Sacks and company making disparaging comments at Jett's expense while she's onscreen). After all, that footage is the reason why the movie exists in the first place. The same can be said of Sharkey's performance. Sharkey was an actor who never did anything halfway and it's obvious that's he's at least trying to do something worthwhile here. I would have loved to see his reaction when he discovered that much of his performance had been rendered unintelligible by his own director. Sacks has since admitted that he was going through a particularly nihilistic period in his life while DU-BEAT-E-O was being made and it shows since it's the film's sense of meanspiritness that makes it a chore to watch more than anything else. DU-BEAT-E-O played at film festivals worldwide but has received only very limited distribution since, which may be why Jett never sued over the insulting way she's treated here. As it stands, DU-BEAT-E-O will never be confused with a good film but it's still essential viewing for Jett completists and weird movie aficionados. It truly is a one of a kind experience. 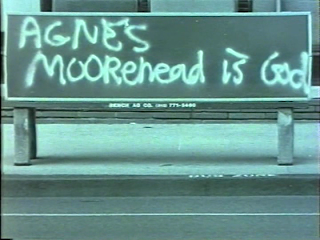